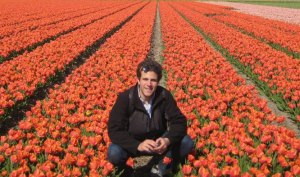 Our second guest writer on The Connecticut Review is Nelson Gilliatt, a senior Politics major at Brandeis University in Waltham, MA. Nelson is the Co-Founder and Vice President of Brandeis Young Americans for Liberty and recently interned for Senator Rand Paul on Capitol Hill.

“Any society that would give up a little liberty to gain a little security will deserve neither and lose both.” ~Benjamin Franklin

It is characteristic of politics to condense complex political issues into very small labels or soundbites for the media to pick up on and the voter to bite on. Good examples include “pro-choice” vs. “pro-life” or “isolationists vs. interventionists” and “progressives” vs. “conservatives.” And like all good lies, the little nugget of truth tends to overpower the mountain of falseness.

Similarly, the debate about our nation’s domestic surveillance program, which began under Bush after 9/11 and expanded under Obama, has been condensed to: “Liberty vs. Security.”

The “Liberty vs. Security” dichotomy is misleading at best and false at worst. In essence, it’s a package-deal that presents a false either-or scenario: either choose between a free society without security-  anarchy, or a secure society without freedom – tyranny. Of these, only the latter is true.

The notion that a free society means anarchy is not true. There is nothing free about anarchy: only fear and chaos. Without a government to protect rights, society inevitably dissolves into  institutionalized gang rule: the domination of the weak by the strong.

A free society means a constitutionally limited government based on the recognition and protection of individual rights from criminals. The three basic functions of government are the military- to protect against foreign criminals, police- to protect against domestic criminals, and the courts- to settle disputes. Within this framework, rights are protected and individuals can co-exist peacefully, trading voluntarily, to mutual benefit. A free society is the only secure society.

The “Liberty vs. Security” paradigm is plagued by “context-dropping,” or when a concept is dropped from its broader context, thereby losing its relevance and validity. For instance, the concept of “government” disassociated from its proper context, “protector of rights,” creates confusion and misunderstanding about the proper nature of government. Likewise, the concept “security” divorced from the context of “rights” obliterates the relationship between the two and creates the absurd authoritarian notion that our government is morally responsible to provide “security” at the expense of our “rights.”

“Security” outside of the context of “rights” is meaningless: security, as far as civilized society is concerned, is a value insofar as rights are protected. The only meaning “security” has outside the context of rights is: security for the government against its citizens – tyranny.

“Government is not reason; it is not eloquent; it is force. Like fire, it is a dangerous servant and a fearful master.” ~George Washington

In the 20th century alone, evil governments were responsible for the murder of an estimated 169 million citizens – via war, genocide, mass executions, political murders, gas chambers, gulags, forced labor, forced starvation, etc. Not to mention all the kidnapping, rape, and torture. The 3 most responsible governments were: USSR: 61 million, Communist China: 35 million, Nazi Germany: 21 million. Despite the massive paramilitary police state these governments shared,  citizens were far from  “secure.”  Such is the result of “security” without rights.

Now consider our government’s “War on Terror” and the loss of our rights in the name of “national security.”

Fighting terrorism is a legitimate government function and a noble cause, but not if we give up our rights in the process. If we do, we’re neither free nor secure – certainly not from our own government.

Not only is it morally necessary for the government to combat terrorism without sacrificing our rights, but it’s actually quite capable of doing so – if it follows the Constitution.

The main method for fighting terrorism is intelligence gathering: spying on suspected bad guys to learn who they are, what they have planned, and where they are hiding. The part of the Constitution most relevant here is the 4th amendment:

“The right of the people to be secure in their persons, houses, papers, and effects, against unreasonable searches and seizures, shall not be violated, and no Warrants shall issue, but upon probable cause, supported by Oath or affirmation, and particularly describing the place to be searched, and the persons or things to be seized” ~4th Amendment

In other words, an invasion of privacy by the government requires a single, specific warrant (e.g. time restriction, detailed description of what needs to be searched and seized, identification of person responsible for conducting the search) from a legitimate court, against a specific individual, based upon probable cause of illegal activity.
The government, however, currently collects billions of American communication records – phone calls, emails, and texts – everyday day, based on a single general warrant, without probable cause of terrorist activity, obtained from a secret court ,and conducted in secret until Edward Snowden revealed what the government was doing.

“We have met the enemy and he is us” ~ Walt Kelly

The two major pieces of Congressional legislation that created the legal basis for the NSA’s domestic surveillance program are the Foreign Intelligence Surveillance Act (1978) and the  Patriot Act (2001). Both heavily watered down the 4th amendment’s strict requirements by making it easier for law enforcement, primarily the FBI, to gather collect American email, phone, internet, financial, and medical records without probable cause, a warrant, or real oversight.

It’s important to realize the significant amount of power the government wields when it has access to all our most sensitive and private information, when there are no real judicial checks in place, and when it’s shrouded in secrecy. This is a very dangerous combination to our rights and our security.

Nixon abused this spying power to secretly spy on his political enemies, Vietnam-war protesters, and the civil rights movement, most notably, Martin Luther King. George Bush and Barack Obama have taken it a step further by secretly spying on every American.

“Privacy is the right to be alone–the most comprehensive of rights, and the right most valued by civilized man.” ~Justice Louis D. Brandeis

Supporters of such unconstitutional surveillance also claim it’s necessary for our security. Yet despite our government’s surveillance powers, they were unable to prevent 9/11, prevent the Boston Marathon bombing or the Fort Hood shooting. The Times Square plot was foiled because a couple of street vendors noticed smoke pouring out of the truck and called the police, and the Underwear bomber failed because he messed up. There have been other plots since 9/11, but even these plots were mostly of the FBI’s own creation: thanks to their infamous entrapment policy in which they actually create and foster terrorist plots. The failure to deter terrorism has not stopped politicians from re-thinking these unconstitutional programs or limiting their scope. Instead, in the typical nature of government programs, if something doesn’t work, the solution is to give it more authority and to throw more money at it.

No government can guarantee the total security and safety of its citizens; nor should it. Governments that attempt it, whether their intentions are benevolent or not, inevitably set out to control every aspect of citizens’ lives, i.e. tyranny.

“This and no other is the root from which a tyrant springs; when he first appears he is a protector” ~Plato

The degree or amount of “rights violated” in the name of “security” is irrelevant: as soon as the government claims the moral authority to violate its citizens’ rights, for whatever “noble” cause, “common good,” or “public interest” – and the people foolish enough to believe it, it’s only a matter of time until the latter asserts more of that authority. In the end, the government’s power becomes unlimited; rights all but eviscerated.

Those propagating the “liberty vs. security” myth are clearly not the advocates of liberty (who reject this false dichotomy), but the advocates of so-called “security:” the politicians owned by and beholden to the military-industrial-complex.

“We must guard against the acquisition of unwarranted influence, whether sought or unsought, by the military-industrial complex. The potential for the disastrous rise of misplaced power exists and will persist.” ~ Dwight D. Eisenhower

A good “who’s who” of the bought politicians can be seen in the roll call for Rep. Justin Amash’s amendment to defund the NSA. The bill failed 215-207. Not surprisingly, those opposing the bill received twice the campaign contributions from the defense and intelligence industry than those supporting.

“It is a universal truth that the loss of liberty at home is to be charged to the provisions against danger, real or pretended, from abroad. If tyranny and oppression come to this land, it will be in the guise of fighting a foreign enemy.” ~James Madison

Our rights are disappearing fast and the government has become the single biggest threat to our security. If uncontested, tyranny is lurking right around the corner. There were voices that warned us, but we ignored them. We would do well to heed them now before it’s too late.

One thought on ““Liberty vs. Security” Revisited In Light of Recent NSA Revelations”