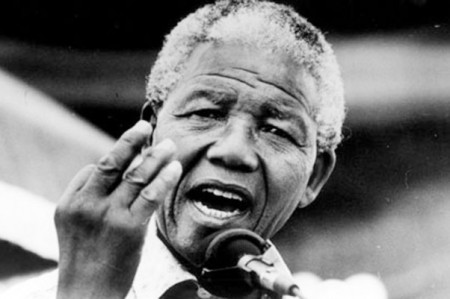 An influential man’s death is always a time for reflection. Nelson Mandela, Madiba, was by every measure an influential man and much, much more. With his death comes a time to reflect upon more that just inspirational quotes or to go see the film based on his autobiography, we must remember not just that his life was a struggle, that he was considered a terrorist, and that he was imprisoned for 28 years, but why. The answer to all these, and furthermore why his forgiveness and acceptance of those who oppressed him, fought him and imprisoned him, makes his life and the lessons to be garnered from it, all the more important, today.

There is a simple answer to the above questions; “Apartheid”. That would be like saying Martin Luther King Jr. fought “racism”, or Gandhi fought “colonialism”, satisfactory for little more than an elementary school introduction to the subject. Any real explanation of the Apartheid era in South Africa must explain the racism, fear and cold, socio-political calculus with which it was instituted. It must explain the political, economic and social disenfranchisement of a native population. It must explain the religious conservatism, emanating from the Dutch Reformed Church that gave apartheid an abhorrent and absurd sense of moral authority.  It must also explain the international context that gave political authority to white-rule in South Africa.

Unfortunately, much of this political authority came because of support from the US Republican Party. As Joan Walsh of Salon outlines, conservative leaders, including Ronald Reagan, Grover Norquist and Dick Cheney[i], as well as platforms like the National Review and the Heritage Foundation, fought the imposition of sanctions on the Apartheid government and continued to attack Mandela for “anti-Americanism” and “his longstanding dedication to communism and praise for terrorists” well into the 21st century. These men and organizations were not only on the wrong side of history, but on the wrong side of justice, freedom and equality; tenets embodied in the American ethos which they claim to hold dear.

Mandela was a radical; he led a militant political organization, he made alliances with communists, supported a drastic redistribution of wealth and continually fought against poverty. It was this that earned him the continued ire of the American right. Walsh uses current Republicans’ tributes to Mandela to paint a contrast between the beliefs of the South African leader and those who, while joining in the global chorus of praise, celebration and mourning, would not have pushed for his freedom, let alone call for the removal of the Apartheid government. While I will not begrudge those who want to pay Mandela their respects, the hypocrisy certainly exists and Walsh does well to illustrate it.

There have been those who have asked the question, “Will there ever be another Nelson Mandela?”, and while comparisons of this type are mainly irrelevant rhetorical prompts, we can look around the world to injustices that could produce a man or woman who would lead in peace, forgiveness and reconciliation as Mandela did. While there are a couple candidates, the Israeli-Palestinian conflict draws the most appropriate parallels. As far back as 2006, before several escalations in the conflict, the Guardian ran a two-part report by their Middle East Correspondent, Chris McGreal, which describes, in detail, the very real similarities between the South African Apartheid and modern Israel. These include, “Planning and urban policy, which normal cities view as this benign tool, was used as a powerful partisan tool to subordinate and control black people in Johannesburg and is still used that way against Palestinians in Jerusalem.”[ii] McGreal goes on to quite rightly state that, “There is many a city in other parts of the world where minorities are forced into poor, underfunded neighbourhoods and treated as unwelcome outsiders. Where Israel’s self- proclaimed capital differs is in policies specifically designed to keep it that way, as in apartheid Johannesburg.” The situation has only become more engrained, unjust and militarized in the 7 years since. While, according to the Economist, “The election result (from early this year) proclaims that “being Israeli” does not mean you have to share the nationalist-religious zeitgeist that has swept through Israel in recent years.” That ‘zeitgeist’ has pushed Israeli politics to the right and away from peaceful solutions.

We can also draw more disturbing parallels between the support for Apartheid governments in South Africa by American conservative leaders and the more widespread, bipartisan support for the Israeli government in Washington today. It is to the point where any questioning of Israeli policy has become heresy and potential political-suicide on Capitol Hill. As with South Africa in the 1980’s, racism, fear and a cold socio-political calculus have infected both the Israeli and Palestinian sides of the conflict, but Israel, as the more powerful, has taken the part of oppressor. Once again, the rhetoric used in defense of obvious injustice is entirely subjective, and yet by most American leaders, it is taken as gospel.

First there are “security concerns”, drawn both for Israel itself and tying American support to the greater war combatting militant Islam, much like support for the Apartheid-regime was tied to anti-communism. There is the emphasis of the opponent’s militancy and self-victimization. This justifies the separation of communities and births the designed economic and geographic disenfranchisement. In Israel as in South Africa, this has included the annexation of any valuable land with little to no recourse for legal appeal. The results are a cultural hardening on both sides of the conflict and the cycle continues, each militarizing themselves against the injustices, violence and perceived wrongs of the other. In South Africa and the Middle East, this cycle of violence has led to the death of thousands, the disenfranchisement of millions and political instability to entire regions. This is where we must take the life of Madiba to heart.

Mandela, with others, broke that cycle in South Africa. He was not alone and could not have succeeded as he did were it not for F.W. de Klerk, the last president of Apartheid-South Africa, who freed Mandela, legalized his African National Congress (ANC), and began negotiations to end minority-rule. Mandela, representing the oppressed, sought to move forward peacefully, to forgive his oppressors, and to reconcile politically. The same must be done between Israeli and Arab as was done between black and white in South Africa. There must be a willingness to work for peace, to forgive and to reconcile. There must also be a global recognition, especially from Washington, D.C., of the injustices wrought on the Palestinian people, and pressure on the Israeli government that the world will not condone institutionalized racism, fear and oppression. These are the lessons that we must garner from the life of Mandela and the true way to honor his legacy.

[i] It must be added as well that both Sen. Mitch McConnell and Newt Gingrich supported Mandela. Gingrich, who praised the South Africa leader last week, was among several Republican leaders who were criticized by grass roots conservatives for complementing a “communist” and “terrorist”. His worthy response to these criticisms can be found here.

[ii] Scott Bollens, a University of California professor via McGreal.